Duncan Sherwood-Forbes is a Los Angeles-based multimedia artist and designer specializing in linear metal sculpture and continuous line drawing. Duncan uses sinuous curving line to animate his abstract portraits and figurative work, pulling inspiration from modern and contemporary art as well as graffiti, craft, and outsider art. His work has been featured in galleries in St. Louis, Boston, New York, and LA.

An atypical learner and autodidact, Duncan’s obsession with art began in his early childhood in Lincoln, Massachusetts. Regularly attending programs at the nearby DeCordova museum, Duncan built his artistic skills throughout childhood and early teenage years. He first began creating wire sculpture at 15 after being given a copy of Calder’s Circus by an instructor at the Putney School for the Arts in Vermont. Duncan fell in love with the ability to of wire to draw in space, and his career as a wire sculptor was born.

Duncan attended the art-focused Concord Academy for high school and continued attending the Putney School for the Arts’ summer intensive program yearly, where he learned to weld and work with glass. In 2006 at the age of 17, Duncan began showing his work at the Featherstone Gallery on Martha’s Vineyard, and had his first juried group show in Concord, Massachusetts.

After a gap year spent studying architecture and language in Barcelona and taking classes at Mass Art, he went on to study sculpture and psychology at prestigious midwestern university in 2009. He continued selling his wire work while in college despite the complaints of his university professors, showing at small galleries as well as participating in juried art fair highlighting craft at the St. Louis Contemporary Art Museum.

Due to disagreements with the art school faculty, Duncan withdrew in 2013 shortly before graduation and returned home to Massachusetts. Here he began work as a docent at the Institute of Contemporary Art where he created and led gallery talks for visitors while continuing to refine and sell his wire work, with a focus on portraiture.

Duncan fell deep into alcoholism during this time, and he underwent treatment in 2014 for alcoholism and PTSD. After creating the foundation of his sobriety, Duncan moved to Los Angeles and reestablished Wired Sculpture Studios. Based on his experience in overcoming his own struggles, Duncan began working in the professional side of the recovery industry to help other addicts and alcoholics while maintaining his art and design practice.

Amid growing popularity of his wire work and several large scale commissions, in 2019 Duncan left the recovery industry and began working full-time at Wired Sculpture Studios. Duncan showed primarily through outsider art galleries such as The Hive in DTLA as well as through craft and art fairs. Currently Duncan works full-time as an artist and designer.

In Wired Sculpture Studios Duncan focuses on the design aspect, creating dynamic and sinuous steel drawings at every scale for businesses and private collections around the world.

In his fine art practice Duncan uses a wide range of media as the situation calls for it, delving into spaces of trauma, recovery, and identity. Recently he has furthered his work through the introduction of poetry and ceramics. He continues his study of art theory and contemporary practices, and is always at work refining and redefining his studio methods. 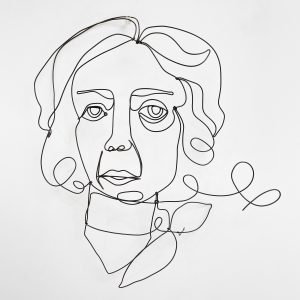 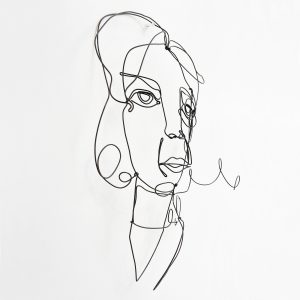 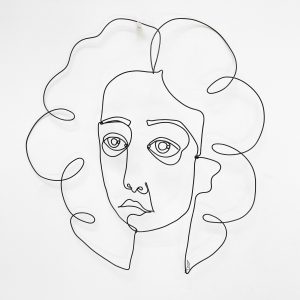 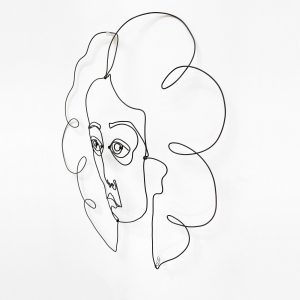 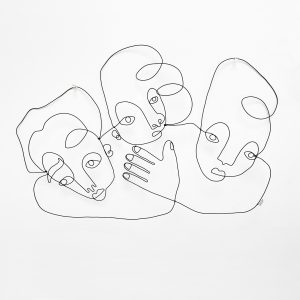 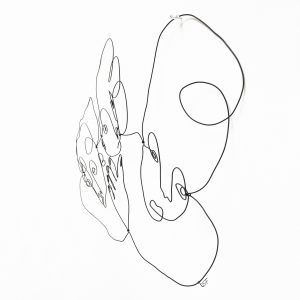 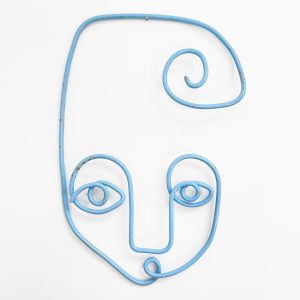 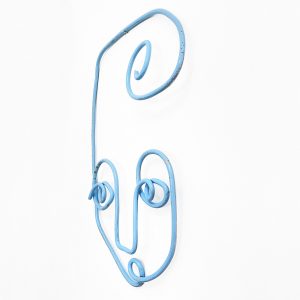 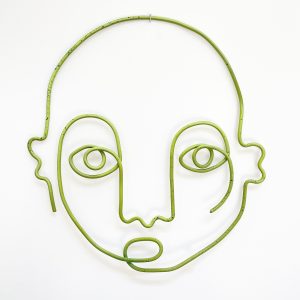 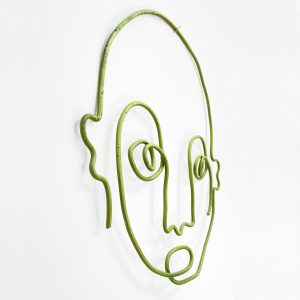 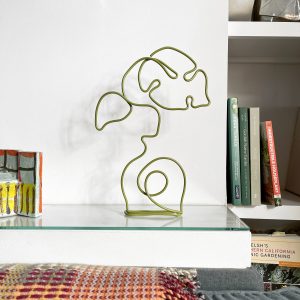 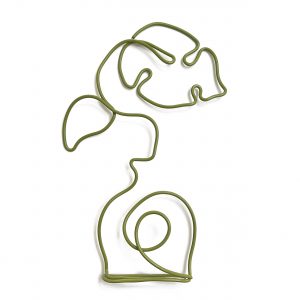 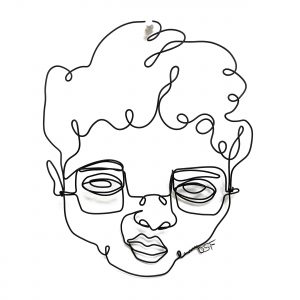 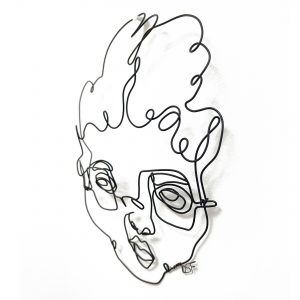 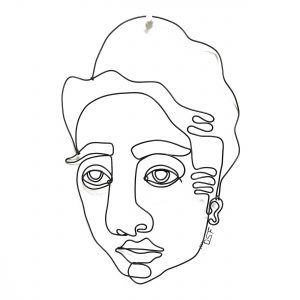 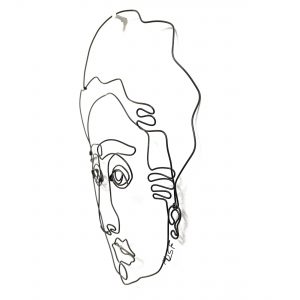