Carrie Burckle (born in Sacramento) is a visual artist, maker and educator living in Los Angeles. She grew up in a new housing subdivision in Orange County, CA. But, she has always felt strong emotional ties to her parents’ roots in Kentucky where there was time to visit with relatives sitting on the front porch swing. She loved rooting in her grandparents’ attics and basements for the trinket that had potential to tell a story. These early memories and experiences influenced her attraction to the things that are often overlooked, forgotten, and discarded. Her work blurs the lines between traditional fiber processes and the sculptural object into layered, expressive, and contemplative works about the body, the marginalized, and the overlooked in a society that craves the new, the fastest and the cheapest.

Carrie has an extensive teaching history; in the Los Angeles public schools, California State University Northridge, San Diego State, Cal State LA, the Fashion Institute of Design and Merchandising and Woodbury University. She has been an instructor in the Fiber program at CSULB since 2002. 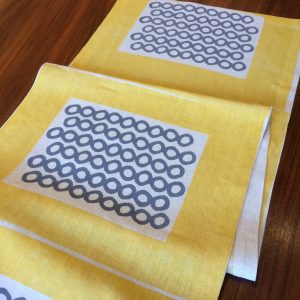 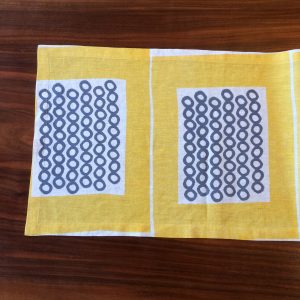