Jane Adam’s jewellery is shown in leading galleries and exhibitions internationally, and can also be seen in many major museum and public collections, including those of the V&A Museum, Crafts Council, Goldsmiths’ Company, Royal Museum of Scotland, MIMA in Middlesbrough, the Cooper Hewitt Museum, New York and the Carnegie Museum in Pittsburgh.

Jane was born in London. After a short career in retail management at Heal’s and Liberty’s in London, she studied for a degree in Wood, Metal and Ceramics at Manchester Polytechnic and an MA in Metalwork and Jewellery at the Royal College of Art. She has taught and lectured in Taiwan, Portugal, India, China, the USA and throughout the UK, and was a research fellow at the School of Jewellery in Birmingham from 1997 to 2001. She was a founder, vice-chair and chairman of the Association for Contemporary Jewellery, and a maker trustee and co-vice chair of the Crafts Council. More recently, she was a trustee of Cockpit Arts where she had her workshop for many years before moving in 2015 to a purpose-built studio in south-west London. 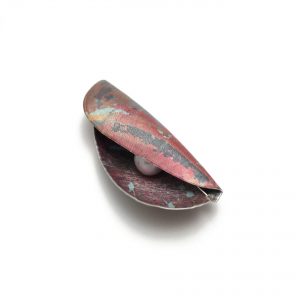 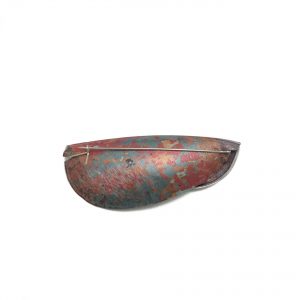