“As a third-generation potter, ceramics has been very important to me all my life. I started throwing on the wheel and compounding my own glazes when I was ten years old.

I initially worked in raku and stoneware. Then in 1989 I made my first crystalline-glazed vase, and I have used no other glaze since then. I find working with these unique glazes to be absolutely captivating. Rather little control can be overtly exercised over them, so mastering the skills required has been a central focus of my life. The biggest challenge is their fickleness: One firing will produce absolutely beautiful pieces; the next (identical) firing, may be a big disappointment.

I find the spontaneously-formed crystal patterns in the glazes to be a never ending source of delight. No two are ever the same. I frequently see recognizable designs in them—faces, animals, flowers, etc.—as one often sees in the clouds. And with only small changes in the glaze ingredients or the firing schedule, I can produce crystals of a great variety of colors and shapes. Opening a kiln is always a very exciting event for me.

Since glazes which are fired at extremely high temeratures are the most beautiful, those are the ones I use.  And since very few commercial kilns are capable of reaching these temperatures, I have built my own ultra-high temperature kilns.  These kilns are also fitted with special features that allow me to control the amounts of oxygen and carbon monoxite (both of which influence the colors of some of my glazes) during a glaze firing.

My intent is to create items that fascinate and intrigue; items that are both beautiful and interesting; items that will bring joy into the lives of others as they bring into mine.” 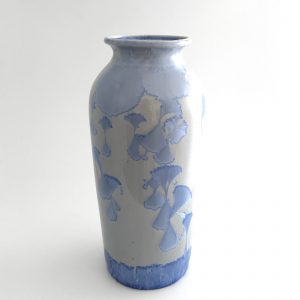 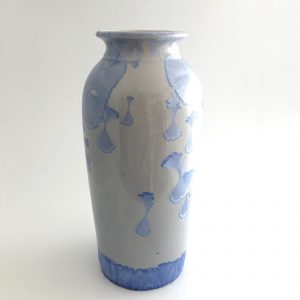 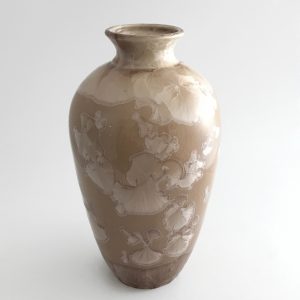 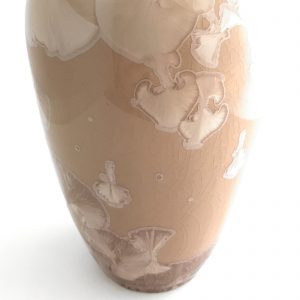 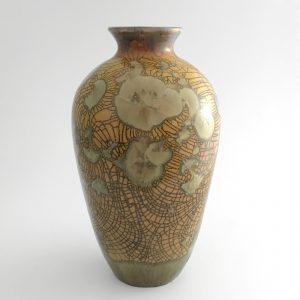 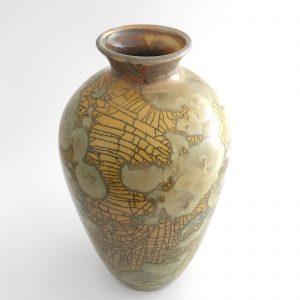