Joseph Pintz’s functional and sculptural ceramic work explores the role that domestic objects play in fulfilling our physical and emotional needs. Inspired by his Midwestern roots, Pintz creates mundane forms based on utilitarian vessels and other implements associated with the hand. In the process, the dense meaning of these objects is transferred into clay. Pintz earned his BA in anthropology and urban studies at Northwestern University. After receiving his MFA from the University of Nebraska-Lincoln, he was a resident artist at the Archie Bray Foundation. He has received the NCECA Emerging Artist Award as well as the Individual Excellence Award from the Ohio Arts Council.

I strive to capture the aesthetics of vessels and other objects that are painstakingly carved out of solid materials such as stone or wood. I find that working in a reductive manner allows me to find the form more intuitively. Although this way of working is impractical at times, it highlights the unrefined qualities of the clay. Often, we strive for perfection in our culture; flaws are generally not perceived as beautiful. I embrace irregularities as a part of the character of my work. They are not covered up; but become an integral part of the whole. I developed a series of slips, terra sigillata, and glazes to compliment the texture created during the forming process. I use a muted color palette to create subtle, weathered surfaces to suggest a history of use. 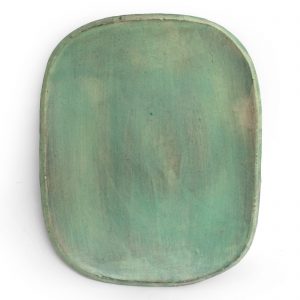 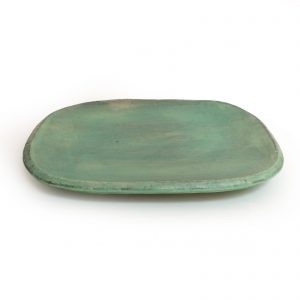